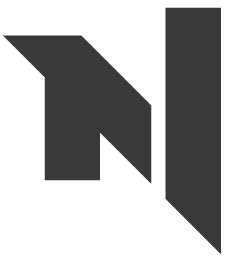 “Do you believe in magic?” These words echoed in Malaika’s head. Only that this echo didn’t ebb away into nothingness. It was low and persistent, like a distant barking dog in the middle of the night. She could not readily put her finger as to how she had come to this place. Was it the persistent echo of her late mother’s voice? Or the tearful grief and desperation?  Maybe, curiosity gently slid her silkysmooth fingers into her hand and led her away from her trusted companions over the years; rationale and clear headed judgement.

People say death is cruel. But Malaika believed otherwise. Death had been kind to her mother. For two reasons mainly. One, death didn’t show up like an unexpected guest like it did for accident victims. It had announced itself, through the deep comforting drawl of Dr. Michael, “You have about 6 months to live. If you are lucky, a year.”

For a whole year, the cancer had gnawed away at her mother’s insides. Cancer is both unforgiving and unrelenting. It will consume all your organs and senses, but it will not affect your ability to feel. You have got to feel the pain. You have to feel the anguish. You have to feel yourself dying. Malaika was there for the final moments of her mother. Those moments when her mother’s pain had surpassed medical boundaries. Malaika could swear on her life, that just before her mother’s final wrench, gurgle and labored breath, a soft smile ran across her thin cracked lips. Pleased to see death. Who carried her away from her husk to the soothing light.

Malaika had heard about the magical forest, that is right at the edge of the town. Through whispers, local folklore and old wives’ tales, it was said, one could connect with their departed loved ones while in the forest. The forest was said to be, magical. Her mother had told her to visit the forest once she was gone. Once, she had said this, Malaika knew, the blight had spread to her mum’s head. But the overwhelming feeling of loss and emptiness had brought her to this point.

A weather beaten stone wall arch formed the entrance. Once she stepped through, she was ushered onto a carpet of gold leaves. The leaves cracked lightly under her gentle step. A couple more gentle steps is when she realized. There was no whistling of the wind. Neither were birds chirping. There was no rustling of dry leaves. Just a heavy silence hanging over this place. It was almost, sacred. Was it in the stillness that she would be able to hear her mother.

Malaika decided to move right to the middle of the enchantment. A stone slab ran across a still pond. Malaika walked carefully not to disturb the silence and stood right to in the middle.

“Mother” she called out. “Mother” she called out again. “Can you hear me?”. She was met by even greater silence. She giggled to herself. How foolish had she been to believe a myth. Was it a story that was told to help people deal with grief. By coming here, was this part of a grief journey. At least it was not a wasted trip. This place was beautiful.

It had a celestial magnificence. Designed by a greater power for beings not of this world. It felt as if humans had stumbled upon by sheer chance. And out of an unimaginable inter galactic obligation, the true owners had to abandon it for the humans. Now Malaika was in the presence of spell binding beauty and heartwarming serenity. But her mother was not there with her. She had embarked on this journey with the faintest of hope that she would be able to hear her mother’s voice again. The reality was not so damning since deep inside her soul she knew her mother was gone forever. The finality of this was not heart wrenching but strangely soothing.

But why was this place so quiet, she thought. Maybe I should stir up something here, she thought. She picked up a pebble, held it over the water. Stared right down at her reflection. Her fingers unlocked one at a time like a combination lock. The pebble plopped into the water creating ripples. Malaika’s heart stuttered for a second. Had she just seen her mother in the water. It was a fleeting sight. But she quickly realized that ripples had distorted her reflection in the water. Another pebble just to confirm. Yes. Just ripples that had wrinkled up her reflection to age her forty more years.

One final pebble. “No, I don’t believe in magic” she said.

This writing is part of my collaboration with various writers, to use images as writing prompts to generate creative and thoughtful pieces of work. view more here